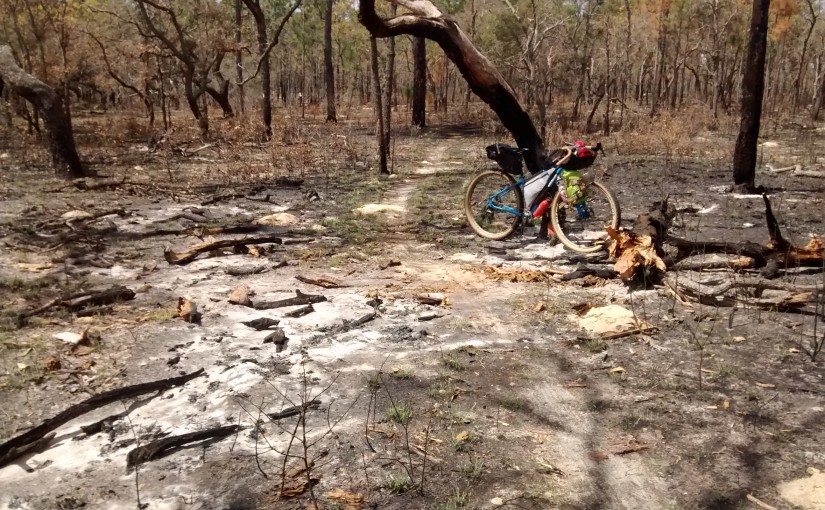 After weeks of [not]preparing and a remarkably underwhelming stay at the Shangri-la hotel in Ocala, the ToeCutter crew woke up and rolled out to the 6am start of the race at the Santos trailhead. Temps were going to be comfortable at the start. The same could probably not be said for the digestive tracks of the guys who decided to get the Deluxe Seafood Delight at the oyster bar the night before.

True to form, we were late for the start and rolled out about 5 minutes after everyone else. As luck would have it, the rest of the crew from ATL had also been late risers and we rolled out nearly a dozen deep into the fresh morning singletrack.

I was towards the front of the group and got into a good rhythm. Despite a couple small issues with stowage, I hung out at a good pace and the miles started melting away. Soon the sun came up and we were really knocking back the course. After a brief 18 mile stretch on a paved greenway trail we were back into the woods through the Citrus WMA. The forest was scarred in places and there were a number of small active fires going, but nothing that would hinder the ride, just something to add to the scenery (and heat).

After several hours of unsuccessfully trying to get the guys I was with to ease off the pace by reminding them that they still had 300 miles to ride, I decided to drop back and take a break while the rest of the crew caught up. I found a nice little cave and some [unfruited] blackberry bushes (always) to hang out by for a bit. 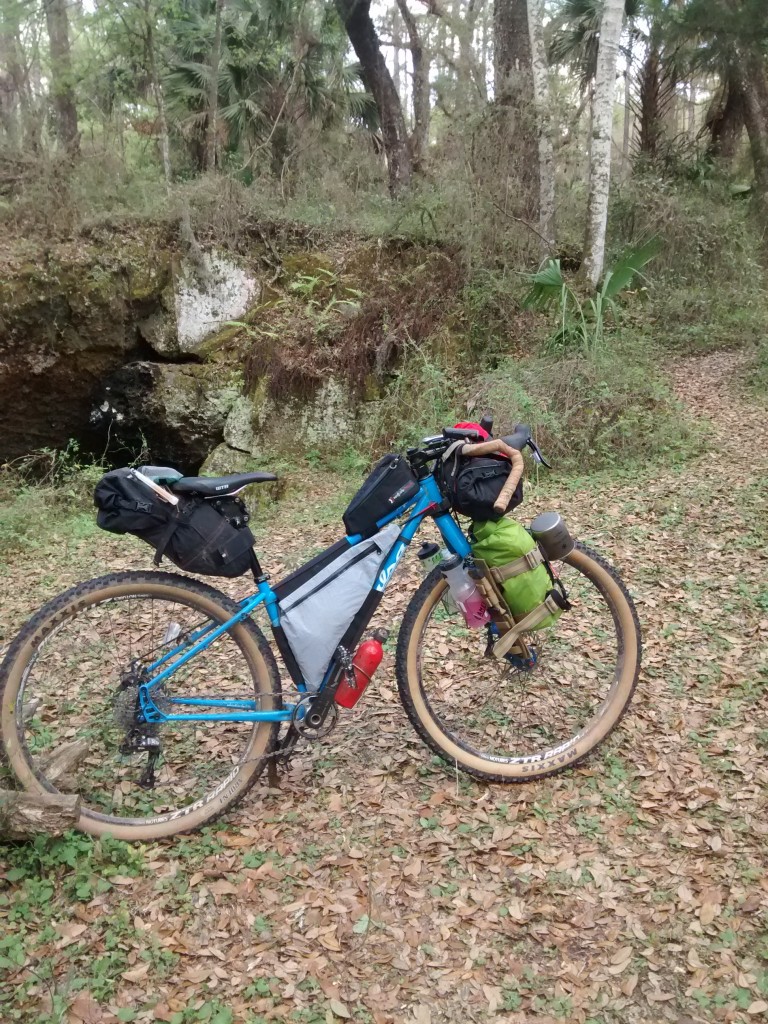 Having just let a half dozen of them ride off, all I could do was sit or ride down the trail until the next intersection… and then sit. After half an hour or so I decided for the latter. As fortune would have it, the next intersection was with a paved road (with cell service). I pulled up the map on my phone and decided that rather than wait at the edge of the forest, slowly consuming my provisions, I’d ride down the road 9 miles to the first check point of the race. Lake Lindsey Mall.

I got here, stocked up, grabbed a couple of Snickers Ice Cream bars and hung out on the front porch for a bit to gather my thoughts and think through my strategy.

I’d gotten off to a strong start, and the rest of the partypace crew had not. They’d had a couple mechanical issues, some navigation issues and overall slow progress. After waiting for around 3 hours total, they were still more than an hour back from the Mall. I made the decision to hitch a ride with the next rider who came through.

Once I got back on the trail we rode another 10 or so miles and decided to make camp before sunset.

A pot of jambalaya and a coke later I was ready for my first night [on] the trail and another good day of riding come morning.